Mohandas Karam Chand Gandhi also known as Mahatma Gandhi. India is celebrating the birthday of Mahatama Gandhi (BAPU) on 2nd October as well as it is also celebrated as an International Day of Non-Violence. Mahatma Gandhi is the father of the nation of India. He gives many good examples of non-violence in our life. Moreover, Bapu is a source of good energy, as he set a good example in front of the world through his non-violence.

“Nobody can hurt me without my permission.”
― Mahatma Gandhi

Gandhi is one of the best leaders of India, which plays a huge role in the independence of India. In addition to that, the birthday of Bapu on 2 October every year and it is a national day as well. Bapu was a great freedom fighter, which make a huge image in the whole world.

In India, the second of October is a very important day for India. He was born on October 2, which is celebrated as Gandhi Jayanti and International Non-Violence day. Besides, he was born in the year 1869, at Porbandar in Gujarat. He has been an active member in getting freedom from the British Ruling Authorities. Moreover, we will celebrate the 152nd birth anniversary of Bapu this year. 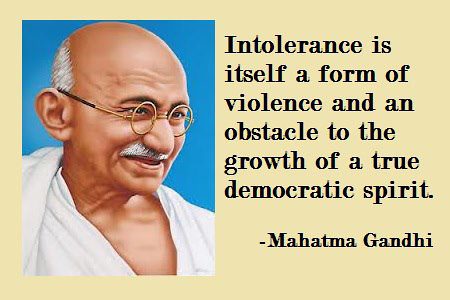 “The future depends on what you do today.”
― Mahatma Gandhi

The Father of The Nation

Bapu’s views are affecting not only Indian people but the whole world. Most of the schools have organized Debates and speech competitions for students at national and international levels. Moreover, Bapu forced the British to kneel several times, which is an excellent example of his principle of truth and non-violence. The whole world salute Mahatma Gandhi for his achievement through Non-violence and truth. Therefore, Bapu has chosen the path of “Satyagraha” to protest.

“Let the first act of every morning be to make the following resolve for the day:

There are many critical protests that are completed by Bapu, which are Dandi Satyagraha, Dalit Movement, Champaran Satyagraha, Non-Cooperation Movement,  Quit India Movement and many others. Bapu believes in inequality as all human beings are created by the same god as well as he also supported women’s empowerment. He always focused on truth, equality, and respect for women.

“God has no religion.” ― Mahatma Gandhi

Thus, we should include their thoughts in our lives with positive vibes to solve our problems with the help of non-violence.

The Best Vehicle Insurance Companies In 2021

How To Become a Freelancer in 2022