Electromotive force (EMF) is considered under electromagnetism which is one of the basic concepts. EMF helps us to understand the process of electromagnetism. Besides, it is an important concept that is associated with the concept of voltage. Moreover, The EMF is the total energy from an energy source such as a battery or a cell. This is the way to pass energy from one source to another source. We can consider it a cell per coulomb (Q). This is the charge that is passing through it. 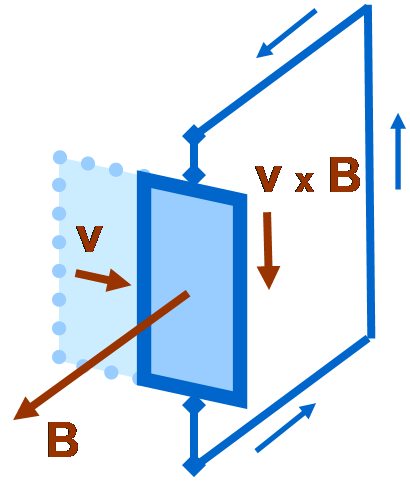 We can write this formula in different ways, such as

e represents the EMF in volts

I is current in Ampere

R is the load resistance

R is considered as an internal resistance in ohms

Basically, it is the force between both the terminal of the energy source when no current is flowing through it.

We can understand it using examples as well.

Find the terminal potential difference of a cell when it is connected to a 9-ohm load with cell emf = 2 Volts and internal resistance is 1 ohm?

As per the question, it gives

We can calculate current using this formula

Where R is the sum of external and internal resistance,

Now we should find V using this formula

Example Consider an electrical circuit with a potential difference of 5V, with a current of1 A. If the internal resistance of the battery used is 0.8 ohms. Then, determine the EMF of the circuit using the EMF formula.

According to the question,

The potential difference is 5 volts

The formula for calculating EMF is

therefore, the emf in that circuit is 5.8 volts.

In conclusion, EMF is the force between two terminals of an energy source when the current is not flowing between any circuit. The total resistance will be an addition of internal and external resistance. Moreover, we can find voltage and current in a circuit as well using that formula. Finally, it is an important concept in physics.

Ques: What is the EMF formula?

Ans: the formula for calculating emf is

I – The total current flowing in the circuit

V – The total potential difference developed in the circuit

r – The internal resistance of the battery

Ques: What is the unit of EMF?

We can measure the EMF in volts.

Ques: How can we calculate the total resistance for a circuit?

Ans: we should sum of both internal and external resistance to calculate the total resistance.

Ans: there is some basic difference between emf and potential factor which is based on the circuit and different parameters.

Best Web Hosting in the USA

Why should you be eating Organic Food?